We pushed on southwards from Porto to arrive in Figueira da Foz with a poor forecast. Rather than press on to the next port, we chose Figueira to be stuck in.

Dominant depression to the west is just not moving, instead feeding on a high further west, with southerlies for the whole of last week and all of this week – less than ideal conditions to proceed southwards, with significant swell and wind on the nose. No end to these conditions in sight, but we can hope for an improvement in a week or so. 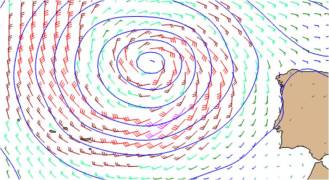 In the meantime we’re making the most of it, with …

Skateboarding, humongous beach, decent park with playground, good local market / decent supermarkets and even learning some German. We can only wish the marina WiFi was less ropey. 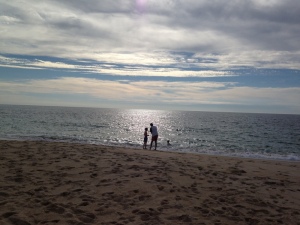 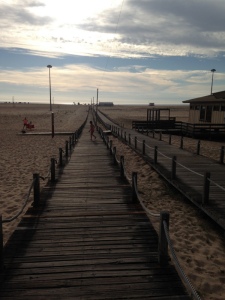 This entry was posted in 2014-2015 a family adventure, Portugal. Bookmark the permalink.