Back to the BVIs

The urgency of reaching Puerto Rico to cross to the Bahamas meant we’d had to compromise on where we’d cruised in the BVIs.

Jost van Dyke and the north of Tortola encompassed most of the spots we’d missed.
Now that there’s no rush, it would have been remiss not to sample the vaunted delights of White Bay and the Soggy Dollar Bar.
White Bay is at its most attractive in the evening and the early morning, when the day-trippers from St. Thomas and the ferried landlubbers are at their most scarce.
Even when they invade, there’s still plenty of room on the beach, although it never quite achieves the ambience of Puerto Rico’s party beaches.

A second visit to Cooper Island’s Manchioneel Bay (which somehow seems to have it all) lasts several days.

The children are very happy to have beaches aplenty on their doorstep (or rather “jupe”, or “skirt”), quite literally in Jost Van Dyk where they can generally jump off the boat and swim to shore with ease.

So are the parents.

No outboard required – no horsepower, just swim ashore with your soggy dollars. 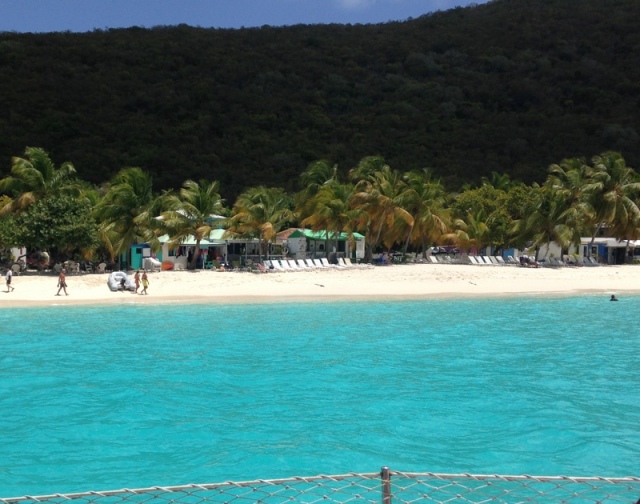 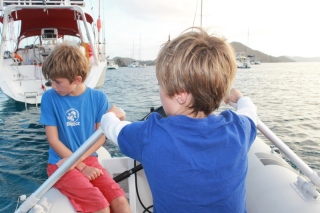 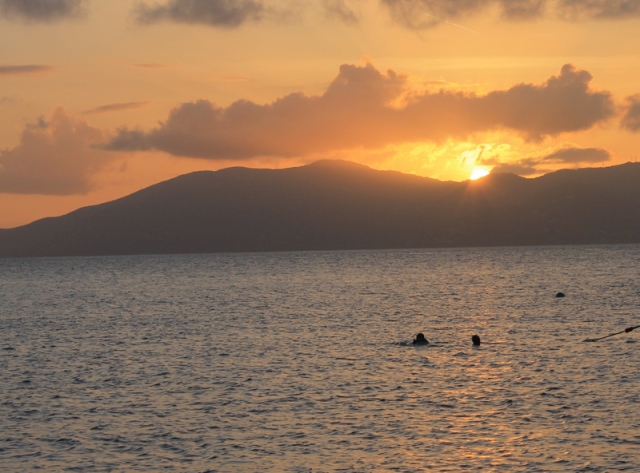 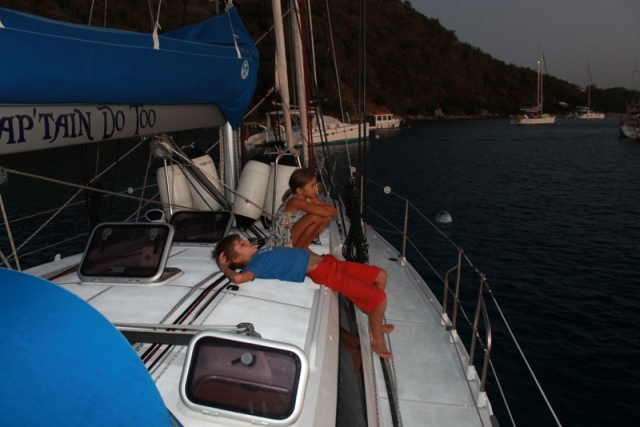 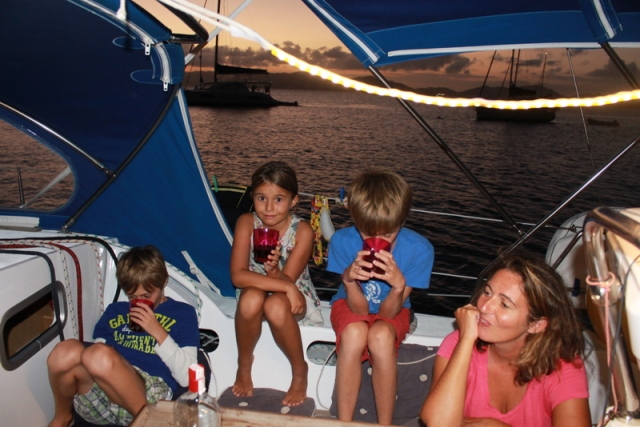 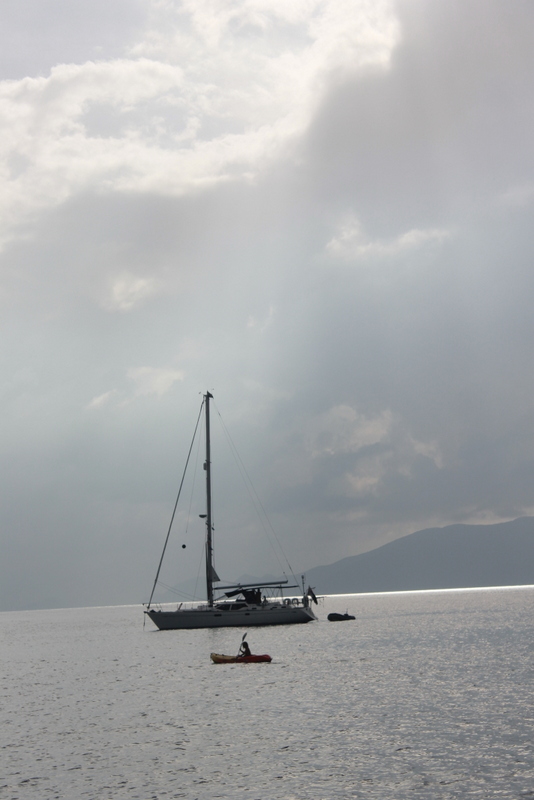 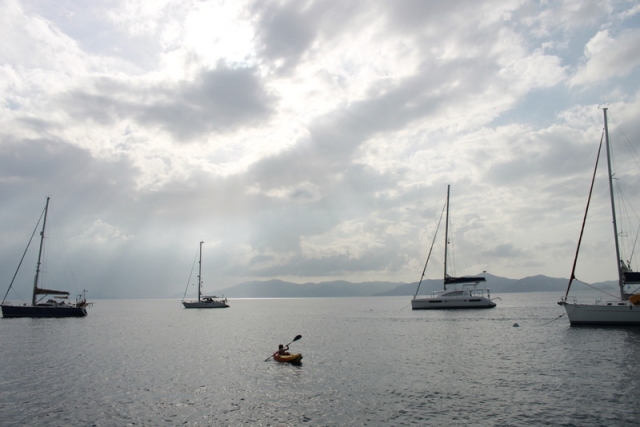 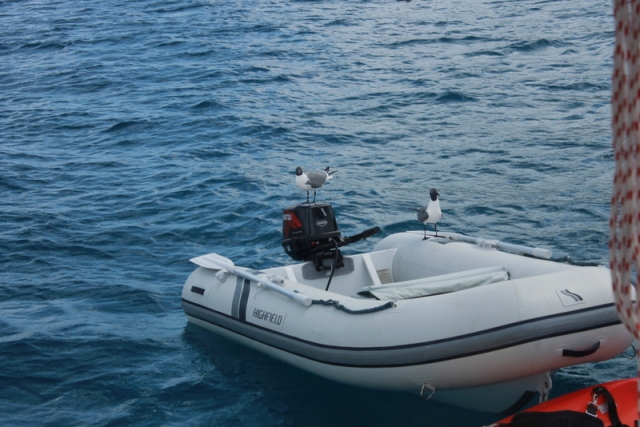 All our neighbours in Manchioneel Bay are friendly – everyone loves Cooper Island. 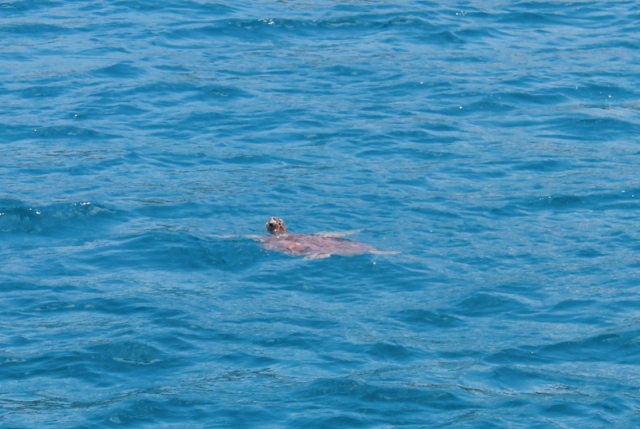 Worth celebrating our return.

This entry was posted in 2014-2015 a family adventure, British Virgin Islands, Caribbean, Destinations, Life on board. Bookmark the permalink.

3 Responses to Back to the BVIs