Free of tide restrictions we caught the tide all the way from Dieppe to Boulogne – with Calais closed to cruisers and the breeze still fresh to strong, rounding Le Cap Gris-Nez was not on the cards – and we reached downwind in stronger than forecast (so often the case) BF5-7 with two reefs and a staysail to arrive in Boulogne’s rade in heavy (and somewhat scary) onshore seas in the early afternoon.

Since no one had left Boulogne to round the Cap Gris Nez that morning the marina was already full and the overwhelmed staff left us to sort ourselves out so we rafted up against a welcoming French Bavaria 44 (stirring fond memories of Delphia and our friends Jon & Renate and family from the ARC).

It wouldn’t be unfair to say you have to go looking for Boulogne’s charm, but it’s also true that its modern unsightliness lies only skin deep. The marina – considered very expensive by some but we found it fair for its location and shelter – needs a major facelift to help make it anything more than a port of refuge or passage on the way round Le Cap Gris-Nez.

The port at low tide is an attraction with its rows of massive petrified heartwood timbers laid out in neat rows for drying out large vessels against the wall, and crab fishing vessels sorting their catch, all set off by the forbidding rocks just behind the last pontoon announcing the barrage to the bassin behind.

The old town is stunning– the 19th century basilica rises majestically above pedestrianized streets lined with enticing brasseries and restaurants, and the ramparts are full of families enjoying a walk around its grassy summits.
The nearest boulangerie to the port offers a delicious baguette and éclair au café – contrasting with the slightly disappointing pain au levain and eclairs of Dieppe – simple needs met very satisfyingly.

It seems a shame that the feel is of a town worn, slightly delapidated and overshadowed by apartment blocks built in the 1950s, its industrial end of 20th century passenger ferry economy and declining population still overshadowing its historical attractions, not unlike a number of coastal towns on the English coast whose glory days are also long past.

Rafted up as one of five boats – no one had left the marina the night before, and EVERYONE heading north-east had left Dieppe that morning – it was a chatty and enjoyable stay – Lady Marron (Allures 39.9), Dionysa (neighbour from Dieppe who helped us escape our rather narrow fairway), Ecstasy (charming French Bavaria 44 out of Nieuwpoort), and friendly if somewhat overwhelmed marina staff. 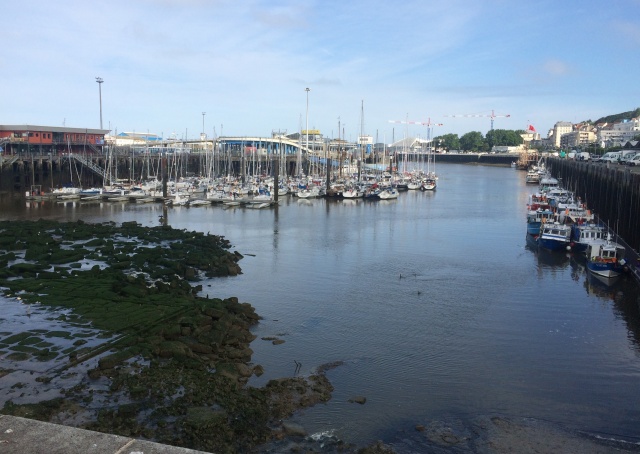 Fishing vessel sorting its crab catch across from our raft 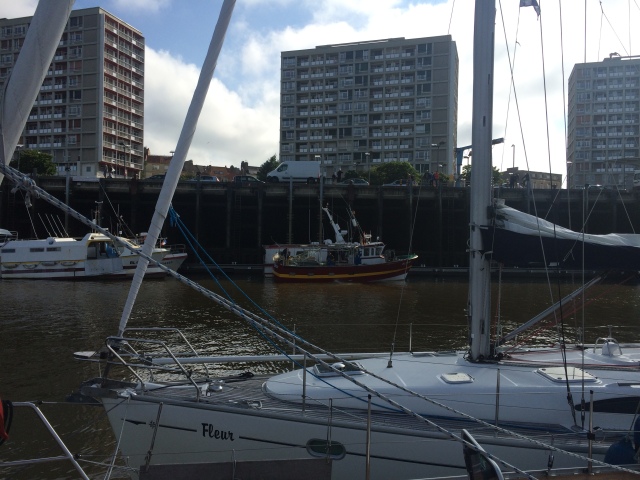 We could just about dry out here … but mind the rocks 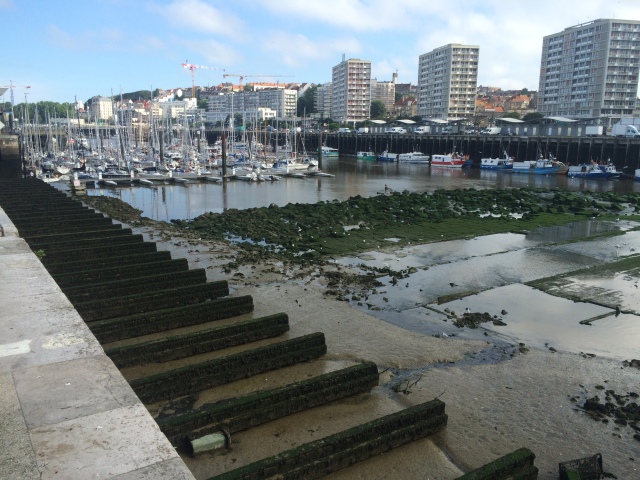 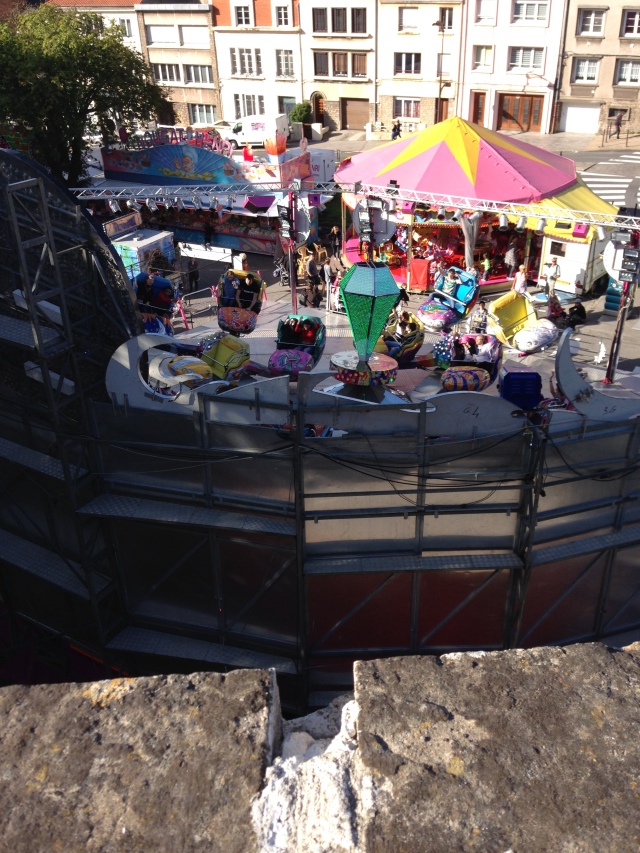 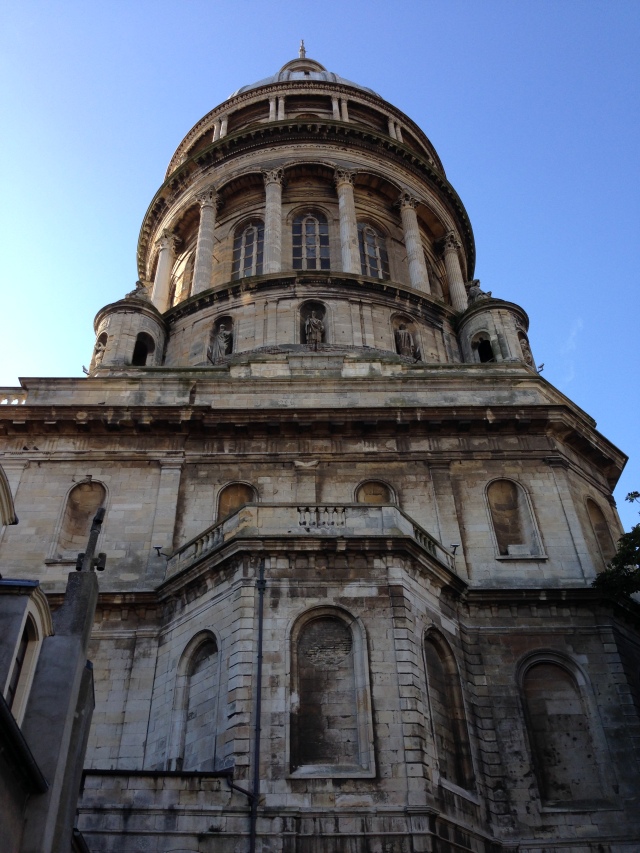 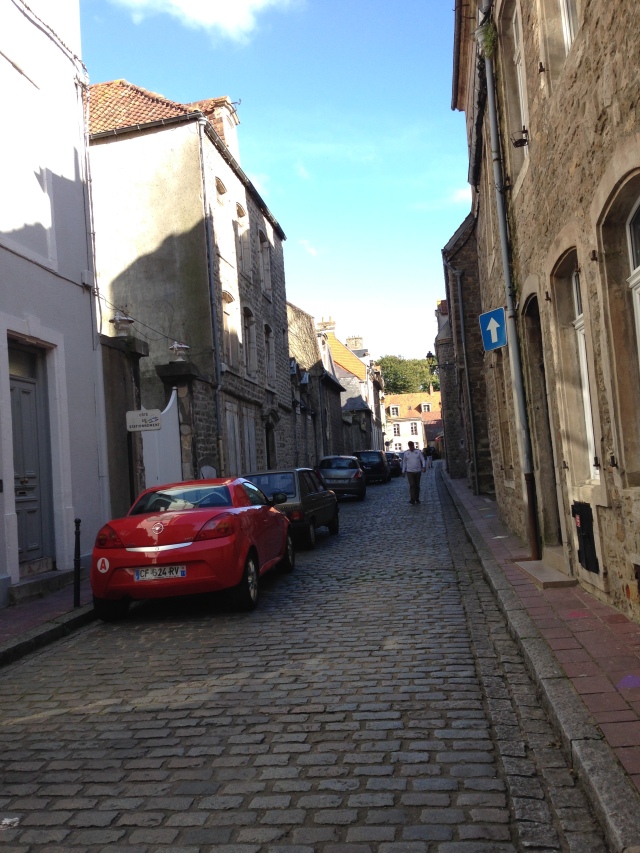 Light-hearted, engaging park of and for the senses 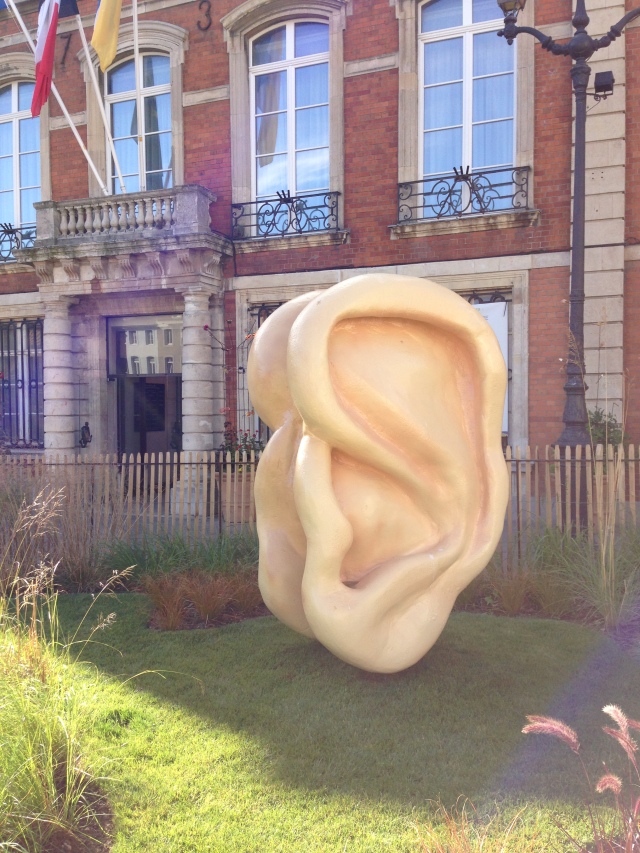 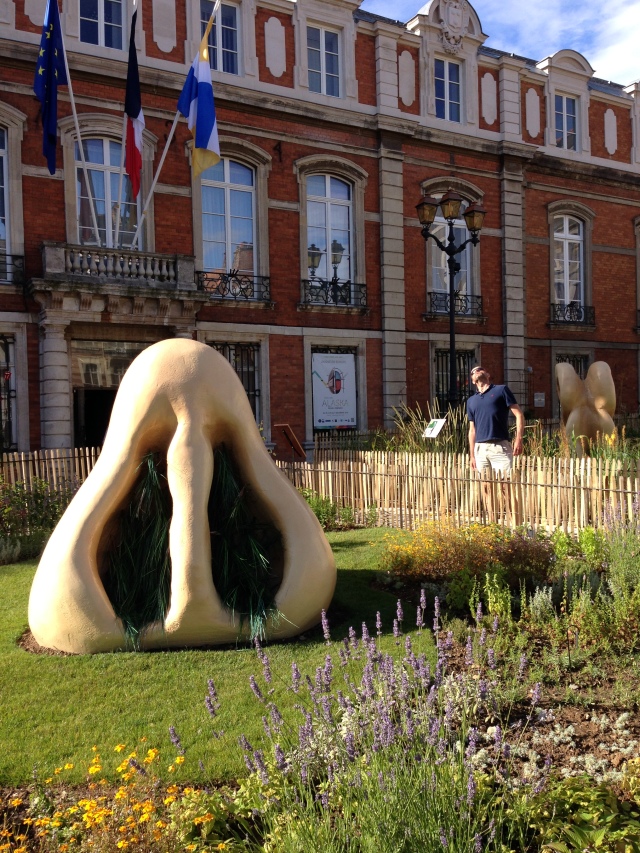 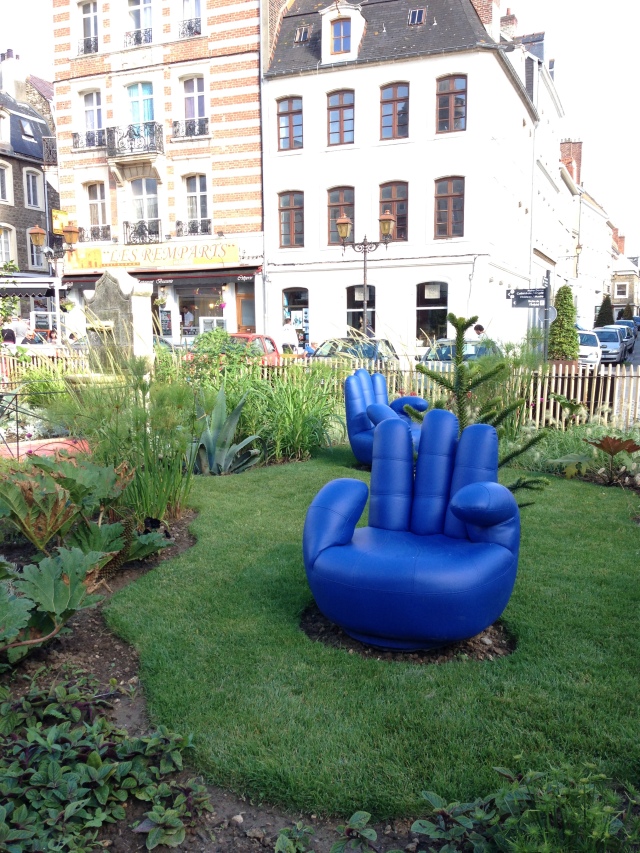 We were a little too busy to take photos on our entrance into the rade, so Albane found a postcard that’s not far off! 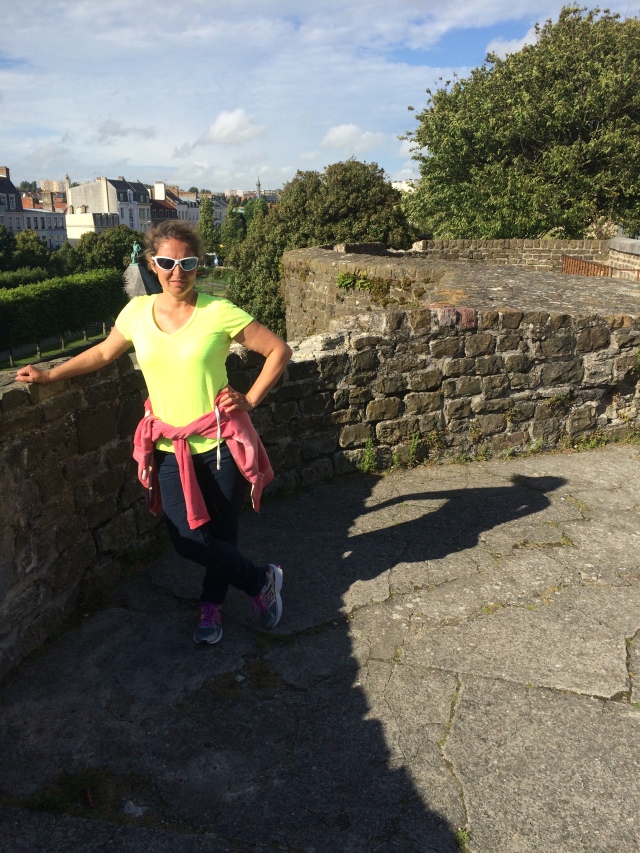 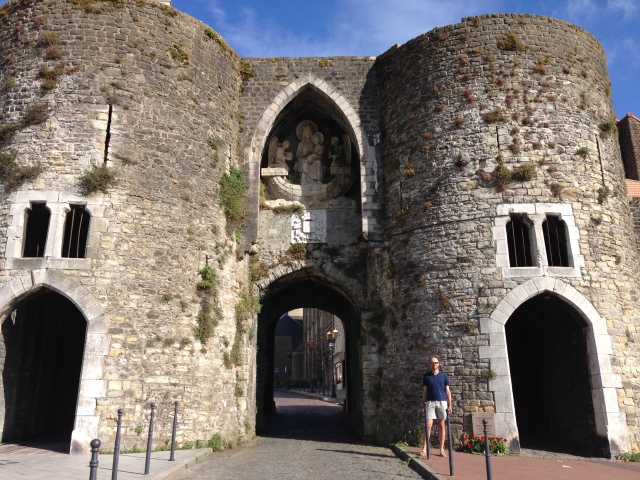 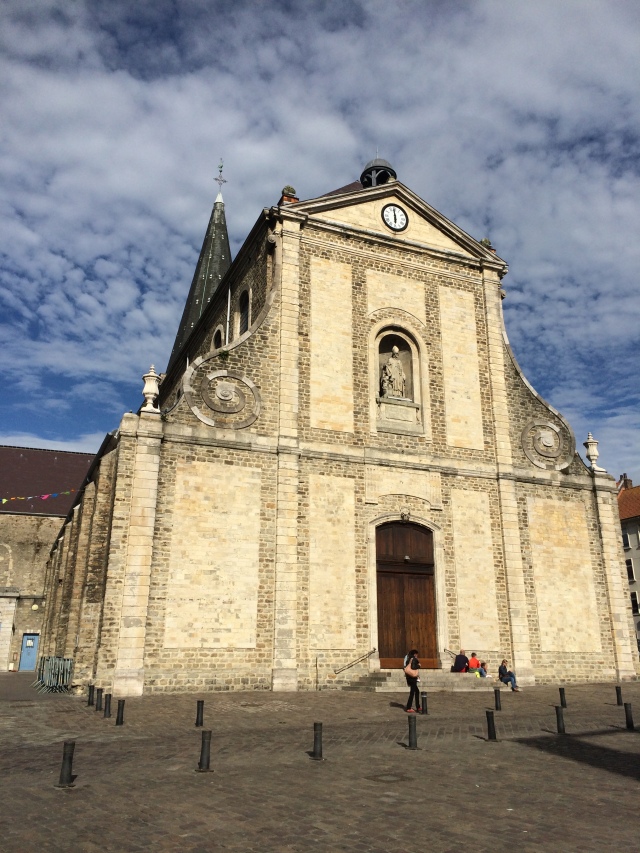 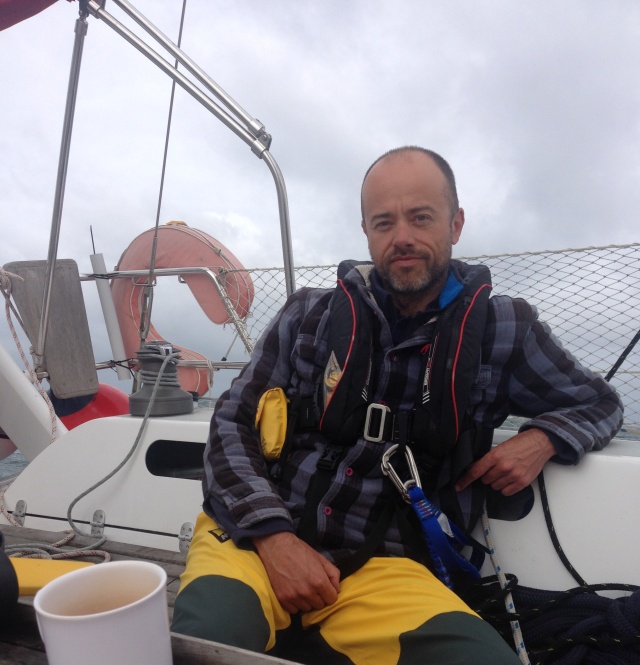 This entry was posted in 2016 Solent to IJsselmeer, Boulogne-sur-Mer. Bookmark the permalink.

1 Response to Short stay in Boulogne-sur-Mer