Edam topped off our fill on charming, old IJsselmeer trading towns and we had just enough time for our final leg to Amsterdam if we pushed – the wind was kind and our best sail of the week followed as we reached raucously up round Marken, down into the IJ and it was funneled up river, reaching satisfyingly all the way to the Brucke.

Weather …
High speed sailing, river wind bending round as we curved round the bends in the IJ, racing to reach the lock on time.
In the end we were 5 minutes early and there were so many boats waiting that we ended up holding the boat stern to wind for a good 15 minutes before the bridge was raised and we raced through into the centre of Amsterdam, mooring just outside Sixhaven next to another Ovni 395 who were, somewhat miraculously, remasting by themselves.
They had an oversized wishbone system that allowed them to raise and lower their mast themselves – a customisation for regular users of inland waterways.
The following morning we were visited by the Coopers, our neighbours back in London, for breakfast, and they endured a stressful arrival into Sixhaven as Skipper first entered a 4.20 box berth that we got stuck in abeam (with fenders we were simply just too fat), before squeezing round the tightest of corners into one of the few remaining berths.
Phew – aperitif! 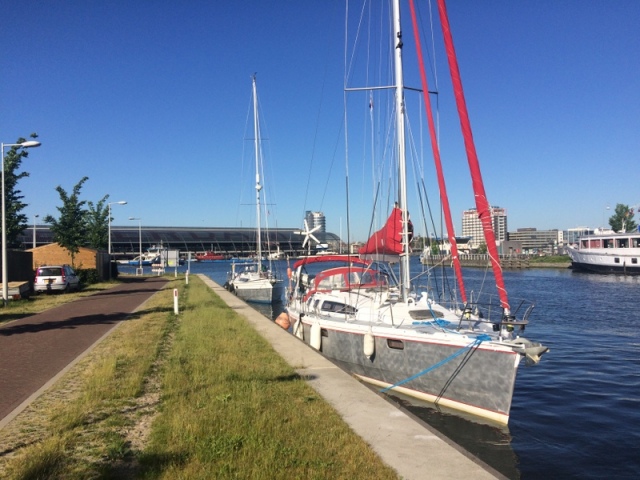 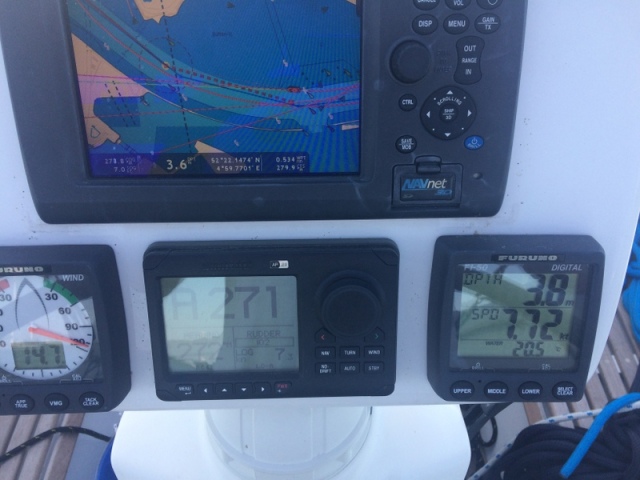 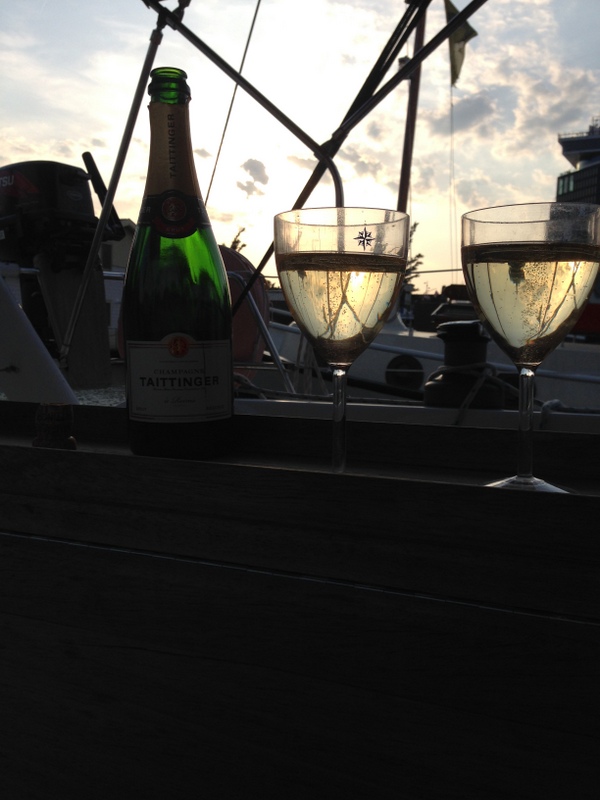 This entry was posted in 2017 Cruising the IJsselmeer, Amsterdam, IJsselmeer. Bookmark the permalink.