Not even a fistful! 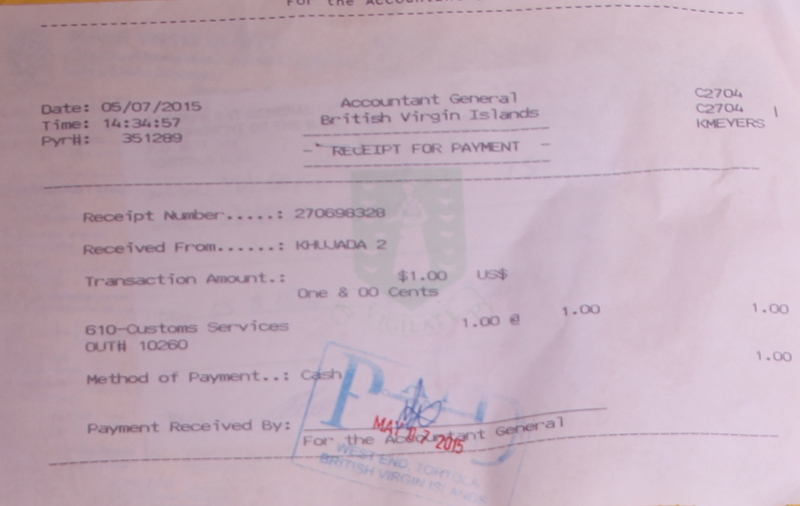 One dollar.
That’s how much clearing out of the BVIs cost.

… this time, at least. Last time I paid $15. Why the difference? Same port – different time of day, much quieter, with a much more laidback and smiley vibe.

Entering the BVIs cost less in Jost Van Dyke than it did in Virgin Gorda (about USD 10).
Any analysis is useless since the amounts siphoned off by port authority, immigration or customs respectively are incomparable, with no obvious pattern to it.
My conclusion is it may be a popularity contest – if we like you, one dollar, if we don’t, you can pay us more.

But I don’t want to appear to be picking on the BVIs. Even the least corrupt of customs organisations still treats some more equally than others – arrive in Puerto Rico from BVIs and pay less than half of what you’ll pay if you arrive from the USVIs – on the grounds that USVIs are tax-free (≠ cheap – see any airport duty-free) so taking something back for the Treasury?!

I don’t dwell on these discrepancies as a rule, but does this receipt justify the cost to produce it?

This entry was posted in 2014-2015 a family adventure, British Virgin Islands, Caribbean, Destinations. Bookmark the permalink.